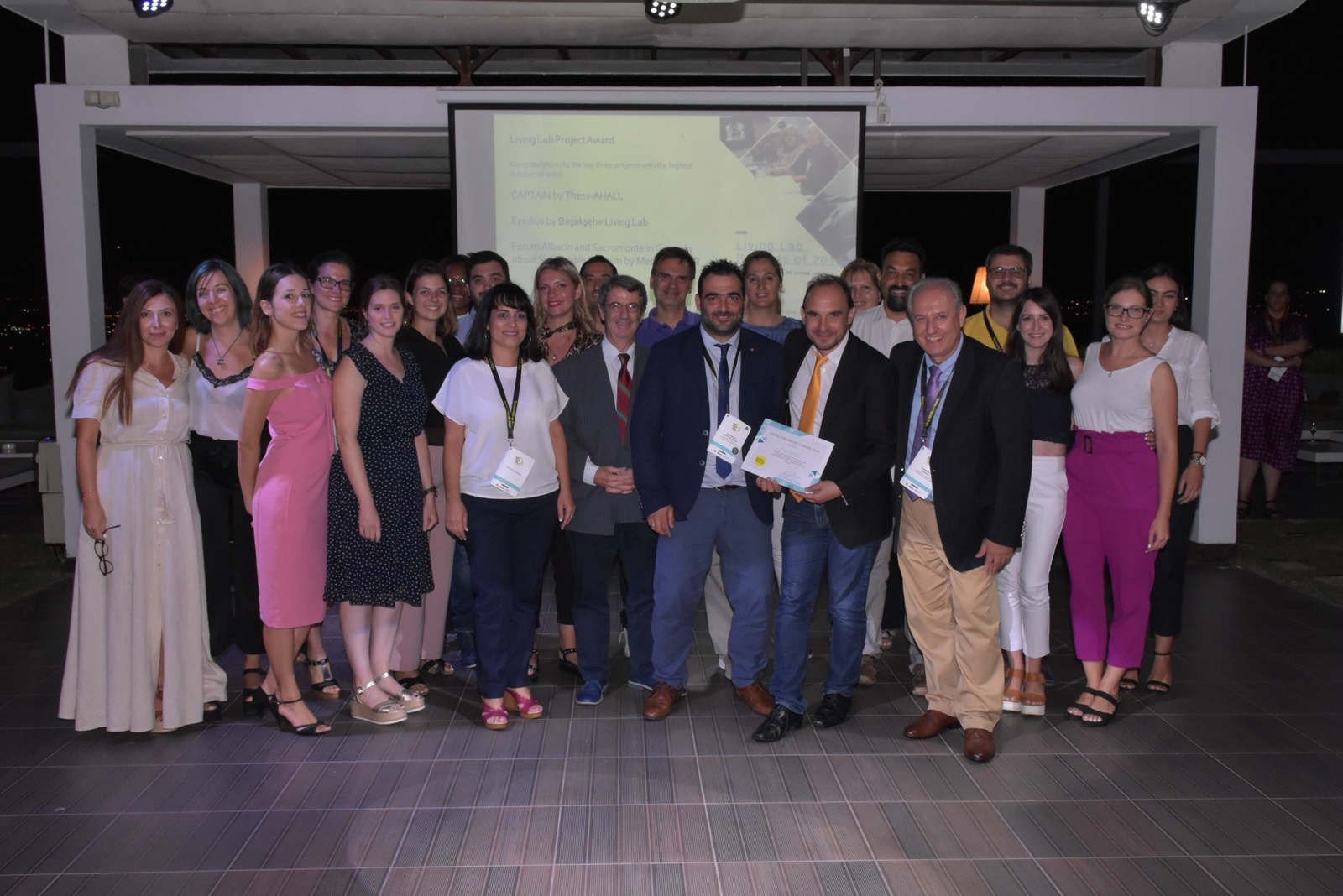 On the 3rd of September, the CAPTAIN project received the 2018 Best Living Lab Project Award by the European Network of Living Labs (ENoLL), a distinction received after a public voting held last spring among 14 candidate co-creation Living Lab projects from all over the network.

The CAPTAIN pilot sites (AUTH, AMEN, APSS, DCU, INTRAS and MU) had submitted a joint application last March, including the agile methodology, applied in every step of the CAPTAIN project, as well as the recruitment and engagement strategy, followed to build the European community of CAPTAIN’s primary and secondary stakeholders.

The awarding ceremony was held, as every year, in the framework of the OpenLivingLabDays Conference, the annual gathering of network’s members, which this year was co-organized from 3-5 September in Thessaloniki, Greece, by ENoLL and the Thessaloniki Active & Healthy Ageing Living Lab (Thess-AHALL), part of the AUTH Medical Physics Laboratory.

For more information about CAPTAIN’s 1st place at the Living Lab Project Award you can read our previous article, here.